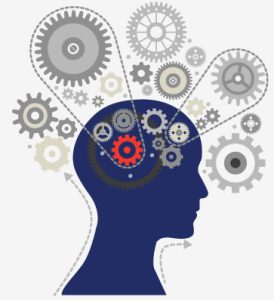 Initiatives as those outlined in the United Nations’ Agenda 21 have been carried out right under the noses of local Cowichan Valley residents since 2012, and many residents are not even aware of what Agenda 21 is.  The local chapter of the Global Transition Network Organization; “Transition Cowichan”, and it’s supposed educational arm “One Cowichan Education Society” (and sympathizers) are paralleling, either purposely or by accident, the strategies of the agenda, one by one.  In effect, they are institutionalizing the plan.

As UN Agenda 21 covers all aspects of life and liberty, one is forgiven for seeing the stark similarities to communism unfolding.  Unfortunately, people are not explicitly being told, or may not understand, what the endgame is.    In a nutshell, the agenda seeks to “reorient” (socially engineer) existing patterns in western society. (1)   Outlined in 1992, at Rio de Janeiro, Brazil, for years its existence was negatively labelled a “right-wing conspiracy theory”.  It is not.  Albeit not legally binding (so far), it, and agendas like it are, at present, strongly considered by government policy makers.

Since Klaus Schwab’s publication of the “Great Reset” manifesto in 2021, this general collectivist ideology is now vividly out in the open.   It is safe to assume by the timeline below that this whole-world scenario has been a dream of Klaus Schwab’s for a very long time.

Some parts of this timeline:

It is notable that NGO participation in conforming to, and carrying out, these United Nations initiatives is encouraged, (2) and interested NGOs can become “officially UN accredited” organizations.   This allows them access to more grants and resources.   Thus, NGOs can effectively, and with support, work the agendas into communities from the bottom up, while governmental groups work from the top down.  Sadly, and unbeknownst to the beleaguered taxpayer, the “work” is being done on them, and the Cowichan Valley in British Columbia appears to be one of the hotspots.